Consumers love games of chance, discounts, and limited-time promos (e.g., Black Friday). Financial institutions are in an enviable position to profit from this consumer behavior by gamifying debit/credit cards and mobile app usage. While MasterCard and Visa have run year-end card purchase sweeps off and on during the past 20 years, few banks or credit unions have mounted serious long-running usage-based games.

One relatively new entrant though has embraced this strategy. BankMobile, the digital-only division of Customers Bank (see note 1 for BankMobile history) has a comprehensive loyalty program for its customers called Passport. Each quarter, one student wins up to $10k to pay down their student debt in the Student Success Sweepstakes. There are also discounts and offers built into the program so that it continuously builds engagement. For example, in the screenshot right, the orange box promotes a daily instant-win game with $5, $10 and $25 prizes.

The Passport feature is contained in BankMobile’s mobile app which is the primary delivery mechanism for its Vibe and VibeUp checking accounts.

How it works:
Every account with a positive balance gets a Passport “stamp” every month. Each stamp is worth one entry into the sweepstakes. More stamps can be earned as followed:

Besides being entered into the quarterly sweeps, reaching the 10-stamp and 20-stamp levels unlocks new discounts and bonus offers. Stamps carryover each quarter, so once a student reaches the 10- or 20-stamp level, they would not go back to the beginning.

My take: It’s a solid program incenting things that are good for the bank and student. So a win-win. And the approximately $20k to $30k prize pool amounts to just 2 or 3 cents per active account per year. That’s a small cost for a loyalty program, and probably is a little low (note 2).

2. Originally, the bank offered to pay off the student’s entire debt. I think that’s a lot more interesting than the “up to $10k” grand prize. Given the Vibe customer base of undergraduates, paying off the debt entirely shouldn’t be much more than $10k on average, but to keep grand prize costs down, the bank could have just a single grand prize each year, with smaller quarterly amounts. 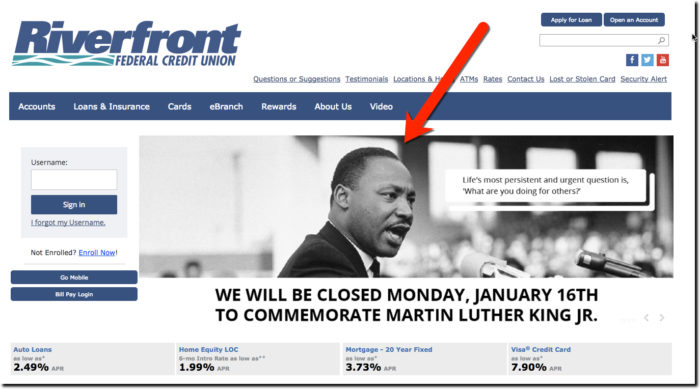