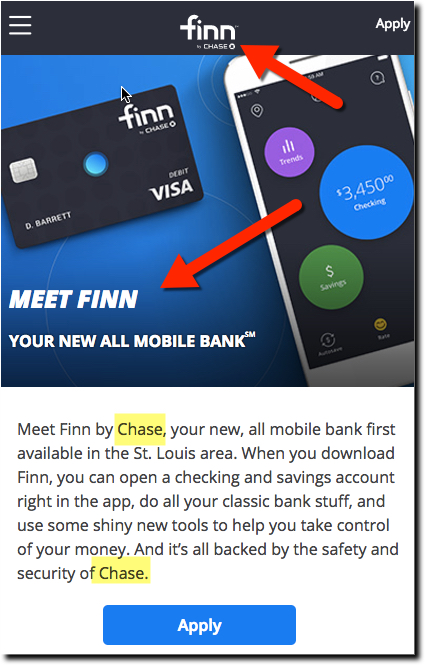 It’s been 18 years since a big-10 US retail bank started a standalone deposit-taking digital brand. I’m sure the old-timers out there remember Wingspanbank from Bank One (now part of, you guessed it, Chase).

And there’s good reason for the drought. Massive financial brands market most products under their name, because of little thing called brand loyalty and trust. And that makes all the difference in the world, especially on the deposit side, where you must convince customers to send you their hard-earned cash (it’s much less of an issue on the lending side, where most people are happy to receive money from anyone).

So what is Chase Bank doing with the new Finn brand?

According to its press release, the mobile-only “bank” is being tested in the St. Louis market, where Chase has no brick-and-mortar presence. Next year Finn will be rolled out to other unnamed cities as well as Android users.

But Chase is not repeating Wingspanbank’s mistake of hiding its ownership. While the major branding is around “Finn,” it is also very clear that Chase is backing the effort. For example the official name in the iOS app store is “Finn by Chase.” And even the official Finnbank.com website redirects to a Chase.com URL <www.chase.com/personal/finnbank>. That said, on the website (desktop and mobile), the Chase logo is way too small (see top center in screenshot).

The PFM-ish app helps users understand their spending better and uses a novel approach to systematic savings (demo video here). In addition to rating purchases via emoji (happy, neutral, sad). You are able to establish rules to automatically deposit a certain amount depending on specific spending categories (eg. restaurant purchases) and/or how you feel about certain purchases (eg. smiley face or frowny face).

Bottom line: Without knowing how much Chase is spending on the new Finn brand, it’s hard to evaluate. But overall, the effort seems worthwhile. 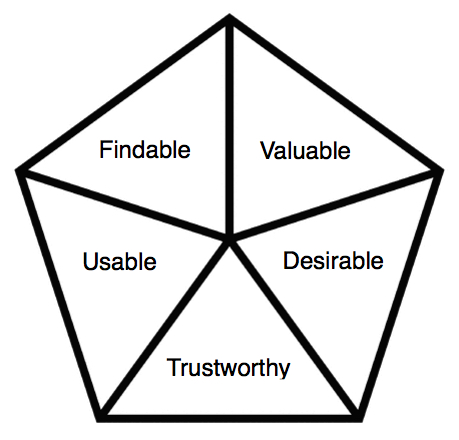